One of my quips that people seem to get a kick out of is:

“A fool with a tool is still a fool”

My point is simple: woodworking tools in the hands of craftsmen can produce fine furniture or musical instruments. But merely the availability of great tools “doth not a masterpiece make.” Not to take the woodworking analogy too far, but power tools can also make it easier for the amateur to get hurt.

The reason a quality piece can be turned out more efficiently with a tool is the ability for the craftsmen to more quickly realize the design and architecture. In addition, tools can help make patterns easier to replicate. From actual patterns (like certain cross-section shapes on molding), to templates (like violin bodies), to connectors (like Kreg pocket hole jigs). A woodworking shop will also make good use of building components to put into larger assemblies.

So, tools in the hands of experts can help realize the design. Tools that are able to help apprentices produce parts designed by the masters, can help produce more output and help train the apprentices.

But put me in a room with the most awesome woodworking tools, and I will not be producing Stradivarius-esque violins any time soon (or ever, most likely).

As I read this account of transitioning from Java EE to Ruby on Rails,”Java Web Apps to Rails, A Developer’s Experience,” I thought the following:

Regarding the lack of a good Ruby/Rails IDE:

When it was time to look at the code, I was a bit disappointed.  TextMate looked like a popular choice but it fell short in many ways.  I struggled to navigate the code, link the methods across files and follow the code. Grep was my only savior.

I am surprised he did not find RubyMine. JetBrains makes awesome IDEs (IntelliJ IDEA for Java, too). I have to admit at being very impressed that the underlying model of the ruby code within the RubyMine IDE is amazingly capable of giving you the same sort of features that it can for a “compiled,” or more type-centric language like Java.

Next he mentioned about learning the language…

My approach to learning Ruby was to start looking at code and figuring out pieces of syntax that did not make sense.  That turned out to be a bad idea. Constructs like “do |x| x+1” threw me off. … I found it very important to understand the motivation behind creating the new language.

There are some good books out there, and other resources…

I found it very important to understand the motivation behind creating the new language.

More about the motivation behind Ruby… or at least, how I interpret things.

Ruby treats you like an adult. It doesn’t baby you, or hold your hand, or make you type all sorts of (obfuscating, in my opinion) fluff that a compiled language needs. Your code is more compact and obvious and “dense with meaning,” leading to less need for things like method return types and method parameter data types. Or semicolons.

Be patient… soon you will grow weary of having to read all that extra stuff when you go back to Java. If you write well-formed classes, and very small, compact, and obvious methods, you don’t need the extra frills. You will run across the concept of “duck typing” which really means that classic C++/Java/C# style interfaces are not needed. If you create a method that expects a passed-in object to respond to a method call (e.g., “torque”), any object of any class will do — as long as it has that method call! And if you pass in an object that does not have that method, Rails will kindly throw an exception.

The concept of ‘open classes’ that allow developers to go in and change a base class sounds scary.

Go back to my opening statement. “Ruby treats you like an adult.” If you are naive, you can blow your code up and break stuff. If you do everything the Ruby way, you’ll be fine — because you will catch it with tests (right?). There are good rules of thumb for how and why and when you should consider adding to an existing class — or worse, monkey-patching. In Ruby you can actually alter the behavior of an existing method of an existing class. Do it poorly, and you will pay the price. And maybe not for a year or two. Mwahahahaha.

Ruby’s metaprogramming is incredibly powerful (even if the syntax takes a bit of getting used to).

Rails is incredibly opinionated about how the MVC code should look. It is basically a model-driven architecture approach. The framework expects the MVC stack to have a model, a view, and a controller for each domain concept. (As a long-time domain modeler, and UML guy, this is a real treat.) You can use the default rails generators (interesting when first starting, or for banging out a quick prototype), or write your own twist on a generator. Instead of focusing on the boring framework bits with repetitive, template-like code for each domain object, you can focus on quickly creating features that people want to use and pay for 🙂

Ruby on Rails has a great ecosystem of wonderfully talented folks providing 1000s of gems to do all sorts of useful things. For example:

The ecosystem of supporting tools is incredible. Some of my favorites:

These all make it so easy to “do the right thing” and write code with BDD/TDD to provide quality from the start.

Personally, my switch from J2EE to Rails (not to mention SQL to NoSQL/MongoDB) has been one of pure pleasure. The kinds of rich functionality and the ability to build stuff faster is imprerssive. I only wish I were better at writing kick-ass Ruby, Rails, CSS, Javascript, MongoDB…

Is it perfect? Of course not. There are other cool things to look at as well… Meteor, Node.js, MEAN, etc. So much to explore, so little time.

Back to my continuous learning! 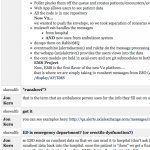 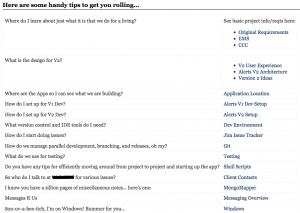 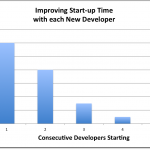 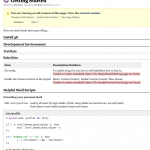 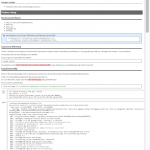 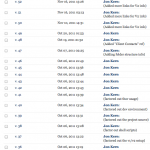 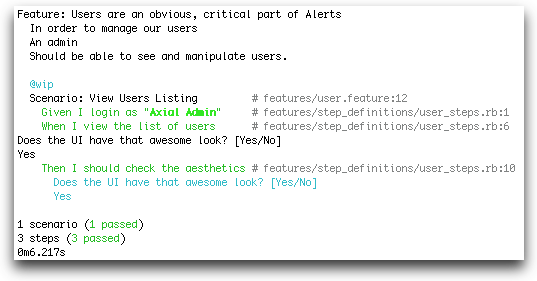 for me, a digital board representation of the kanban style 3-column view is merely one v-e-r-y small aspect of using something like jira.

though i could probably live with just post-it notes, i bet it would be an interesting challenge for me. i have been:

and i ask myself what other benefits do i derive from jira (plus, admittedly, a companion wiki)? why might i be uncomfortable with just post-its?  do i have an unnecessary “crutch” in the form of jira? hmmm… do i do more than is necessary in the way of using jira/wiki to add other pertinent documentation for the project?

well, here are the following things i can think of off the top of my head:

the point is, i find it incredibly useful to have modern technology at my fingertips…

in my experience, there is so much more to a project tracking “tool” than what post-it notes would seem to represent.

[important]but i have NO (zero, nada, zilch) experience being part of a co-located team using post-it notes. so take it with a grain of salt :-)[/important]